Back in the late 19th and early 20th centuries, descriptive genre novels were suddenly available to the general public at greatly reduced cost. The paper wasn’t always the best quality and plagiarism was rampant between different countries — sometimes even between regions or states. People didn’t travel much and there was no Internet to bring rich, colorful multimedia presentations to someone’s eye at a whim.

Literature was their window to the world and beyond. The descriptions and eloquent language had to give the reader an understanding of places they’d never been to and most likely would never actually see. In a way, the genre novels were a combination of travel books combined with a fascinating tale.

Take, for example, the best-selling author Marie Corelli. She was read by the masses more than HG Wells, Edgar Allen Poe, and Sir Arthur Conan Doyle — combined. In her book, Vendetta, she introduces the Italian landscape with intricate detail and flowing prose. Everything is richly described that let the readers “see” through the text. Colors, sounds, smells — all were documented to bring the landscape to life.

This method of novel-writing remained active and at the top of the best-sellers list until the 1980s. James Michener’s doorstopper novels included when the Earth was forming from dust up until the actual story took off. This detailed understanding of the environment was just as important to his novels because the landscape was an important character. Alaska, one of his last novels, explained volumes of how life was like in the frozen, snowy wastelands. Without that understanding, the story would be missing something important for the reader to incorporate in their thinking. 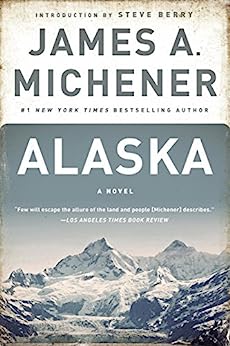 Post-1980’s, the writing landscape changed. People had less time to spend on reading and publishers pushed for stories that started when the action began. Michener and James Clavell would have a tough time getting published these days without their extensive bookselling record.

One of the reasons for this sea change can be blamed on the Internet. Instead of having an author interpret and describe an exotic location, people can fire up their favorite search engine and watch travel videos and see pictures of daily life in far-off lands. We no longer need the words. For some genres, this is a sad thing.

With the hustle-and-bustle of daily living, coupled with the constant barrage of time-absorbing activities as far away as the cell phone in your pocket, nobody has the time for a beautifully written novel. They want to jump in, read the good parts, and jump out. The older readers are the ones who miss the prose the most.

Probably the one spot where this is less apparent is the speculative fiction markets. Science fiction and fantasy are based in places beyond our experience, so the author still has to do some worldbuilding. The details, alas, are typically lacking because the publishers want the action and not the description. Sometimes it is a good thing to take a break after a wild chase and a fierce battle to rest — both the characters and the reader — by delving into some more history or landscape description. At least, it’s something I miss these days.